“In 2011, an Aussie playwright and musician met for the first time in a Brooklyn café over burritos. As expats getting by on two-minute noodles, sweat and ambition in NYC, they found they had a lot in common. So that fateful day, they decided to write a musical. How hard can it be, they thought?!”

Triplight, one of the finest upcoming bands in the 1990s disappeared with no explanations and dissolved into Rock and Roll oblivion along with countless other bands. When reporters attempted to discover why, the echoes of silence answered them and Triplight was forgotten.

However, the radio host, himself on the music rebound having once played in a band, investigates the rumors about what happened and manages to dig up Willow Spark (Kristen Sieh) whom he interviews by phone. With prodding she tells him one version of the story and dispels the rumors. Getting to the truth takes a profound realization on her part. And initially, she is not capable of facing it.

(as described by Carole Di Tosti) 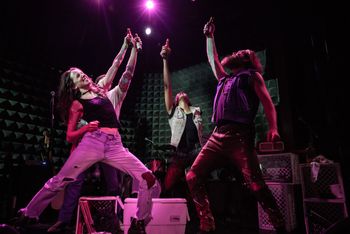 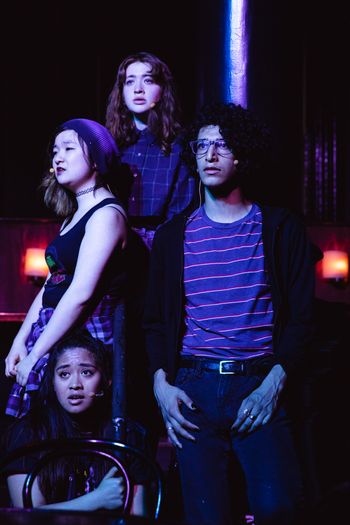 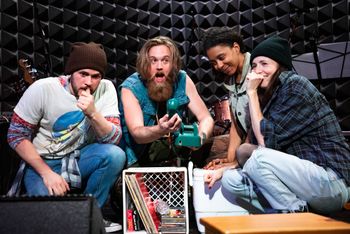 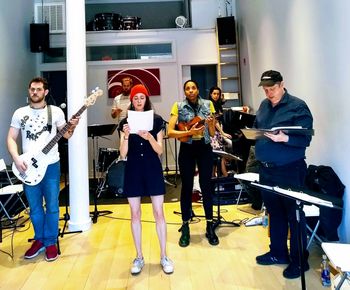 Company of Triplight Behind the Scenes | Joe's Pub 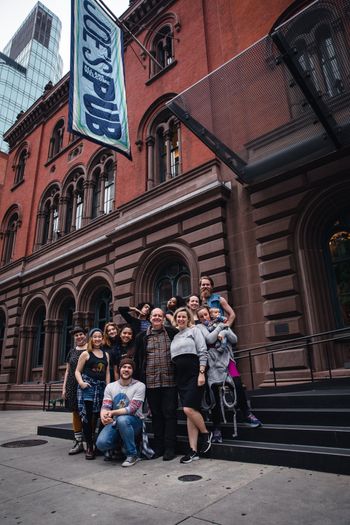 Company of Triplight at The Public Theater | Joe's Pub 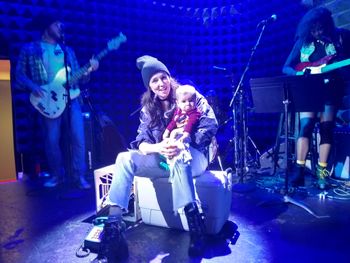 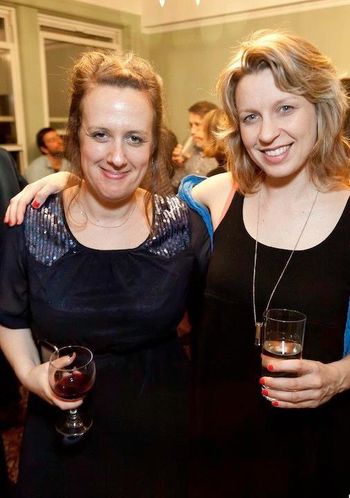 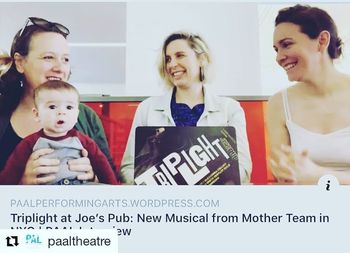 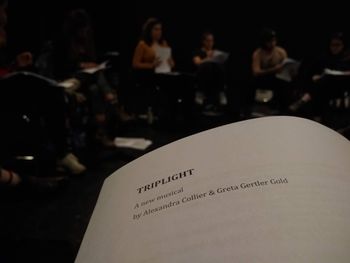 Triplight: the Script | Hot off the presses 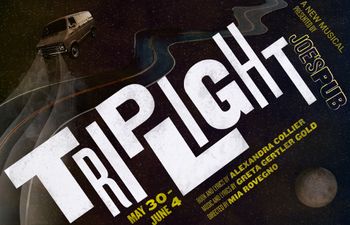 Triplight: A New Musical presented by Joe's Pub at The Public Theater, NYC